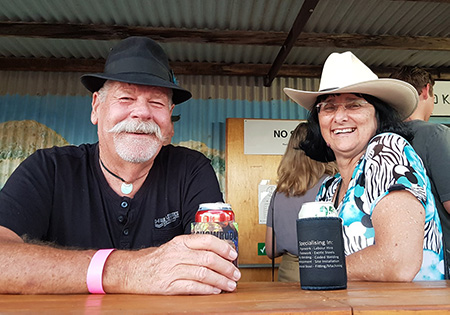 Dukes Accommodation Establishment was opened by Rudi and Inge Duke in 1967 as a Guesthouse in the main street of Andamooka. Rudi came to the Opal Field in 1962 to try and make his fortune in opal mining, but got lonely and bought wife Inge, and kids, Nick (13) and Margot (9) to the field in 1964. Both Rudi and Inge worked hard with other partners in the mining game but the luck was not with them. In 1967 they purchased a small shed and decided to try and supplement their lack of income by providing accommodation to the odd visitor that braved the track to visit the field. At that time no other accommodation was available in the settlement.

Despite the isolation and the shocking condition of the ‘old road’ the Guesthouse became a popular spot, initially with Gem and Mineral Clubs, and particularly with aviators from the eastern states. (They could avoid the road).

From a couple of rooms in the old tin shack, the place eventually grew to a ramshackle building housing 11 bedrooms, 28 beds with share toilet and shower facilities. Due to necessity, it was built mostly out of chipboard, corrugated iron and recycled timber. Luckily in those ‘good old days’ people came to experience the outback and so didn’t mind roughing it a little. Bucket showers (tread up your own water), hard water, generators off at 11pm, hot nights, cold nights, flies & dust, kerosene fridges that didn’t always keep the beer cold, were all part and parcel of that wealth of wonderment that is the lure of the Outback. And if the rain kept you here but the food supplies out, well all the better!! The hospitality shown by the unique array of local identities would always keep one bemused.

As the Guesthouse also had a fairly large recreation room the locals were also able to partake of the Dukes’ hospitality and good German cooking on special occasions. 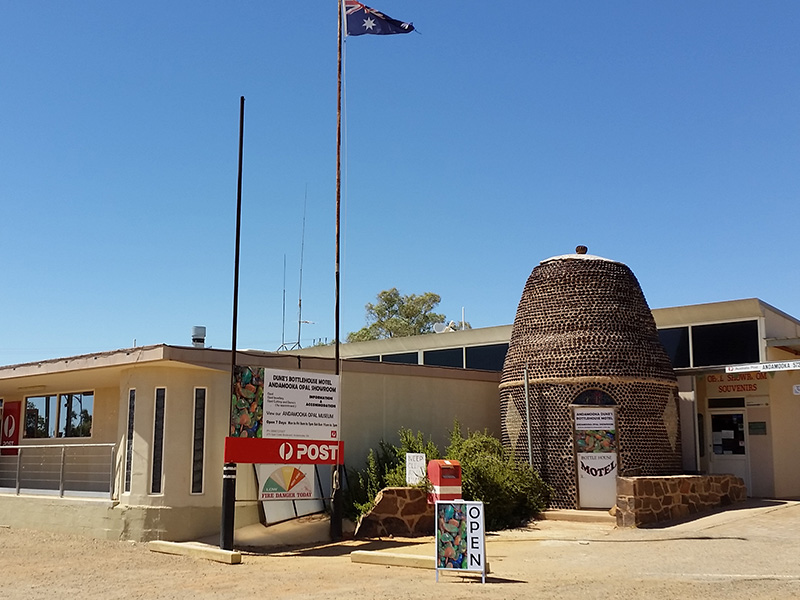 Things became easier as Power and a better water supply came to town, along with greater stretches of the Stuart Highway being completed. Rudi Duke passed away in 1979 and so Inge and daughter Margot continued along in a smaller way. As tourism became more sophisticated, better facilities were needed so for a long time the only advertising done was by word of mouth so visitors knew what to expect.

In the late eighties the advent of Roxby Downs returned a bit of life to the community. Margot and her partner, Peter Taubers decided in the early nineties that some renovation was long overdue. Eight modern motel units replaced the old rooms and the Post Office and Andamooka Opal Showroom were incorporated under the same roof. Plans are in place of the renovation of the existing owners quarters, a new restaurant area and an underground opal information/conference centre. The area will hopefully be completed by end 2003.

The whole complex has wheelchair access and a public toilet providing wheelchair facilities One unit also is equipped for disabled access. Baby cots and baths are available on request and most rooms have one double and one single bed. Two of the units are interconnected for use as a family unit. No provision is made for pets at this time.